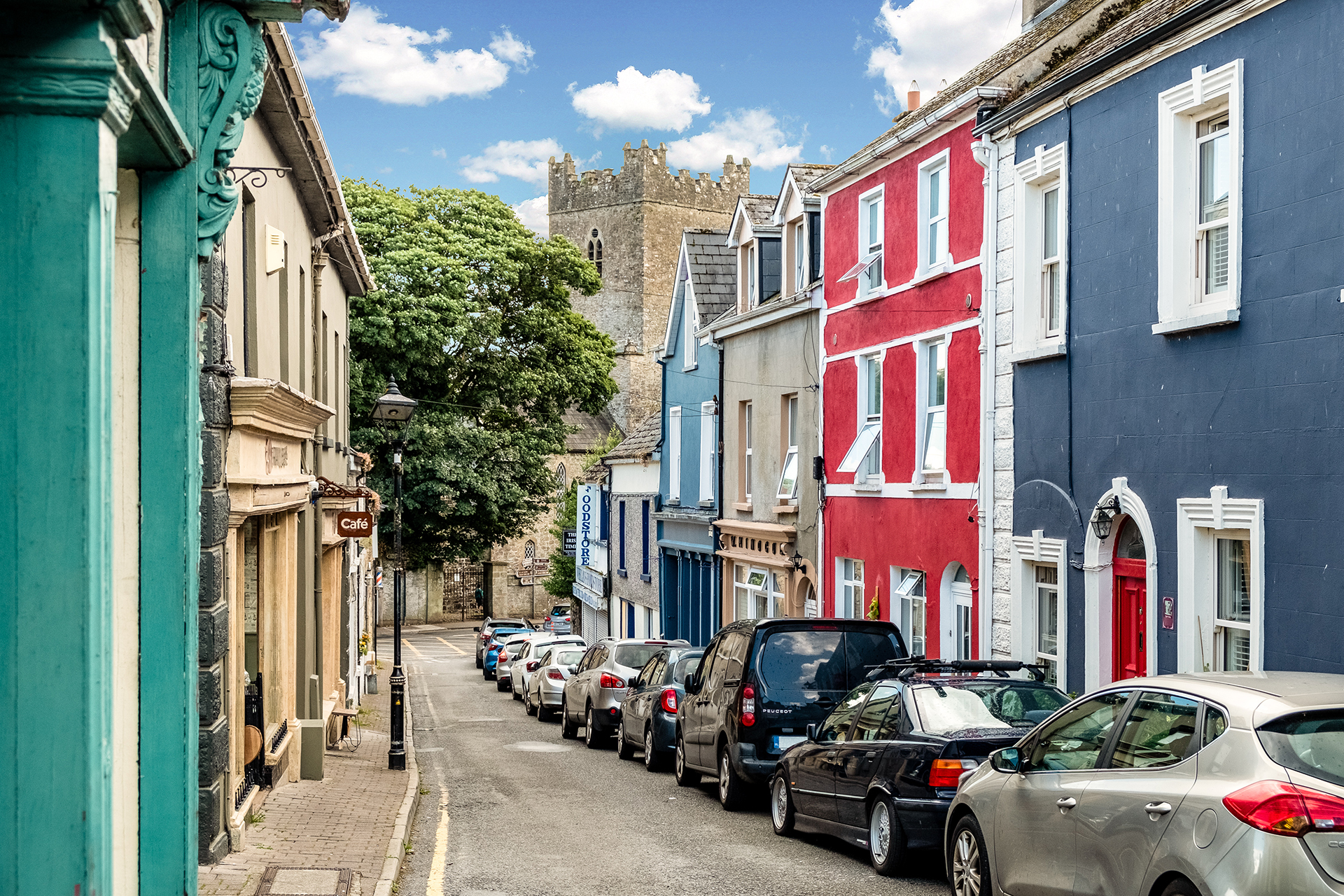 Killaloe is synonymous with lakeside tourism, but history runs deep here too. The town was once the home of Brian Boru, and visitors can explore Killaloeâ€™s 13th-century cathedral, wells, oratories and Victorian streets on a heritage trail stretching back to the heyday of High Kings in Ireland.

The town marks the spot where Shannon leaves Lough Derg, a lakeside position making it hugely popular with the tourists who come to enjoy its watersports and bustling pubs and restaurants. But Killaloe’s 4km heritage trail taps a surprisingly rich vein of history too – from St. Flannan’s cathedral to the elegant, 13-arch stone bridge connecting it to Ballina, Co. Tipperary.

St. Flannan’s stands at the southern end of town and carries some unique features – including stone carvings bearing Ogham and runic inscriptions, and a Romanesque doorway preserved from an earlier building set into the south wall of the nave. Beneath it, you’ll find the tomb of Muircheartaigh, the last O’Brien to be High King of Ireland. The cathedral dates from the 13th century.

Killaloe is also home to two oratories – named for St Flannan and St. Lua. The former is on the grounds of the cathedral; the latter was relocated from Friar’s Island to the Catholic church.

St. Flannan’s church (as distinct from the Church of Ireland cathedral) was once the site of Brian Boru’s royal palace, Kincora. No traces survive today, but tradition recalls it as a mighty Shannon stronghold. About a mile north of the town, you’ll find Béal Boru, a ring-fort also associated with the High King.

Other heritage sites in Killaloe include St. Flannan’s Well and Killaloe Canal, dating from 1799. In the former lock keeper’s residence here, you’ll find a heritage centre tracing the story of Brian Boru, the arrival of Christianity into Ireland, and the development of the River Shannon for transport.