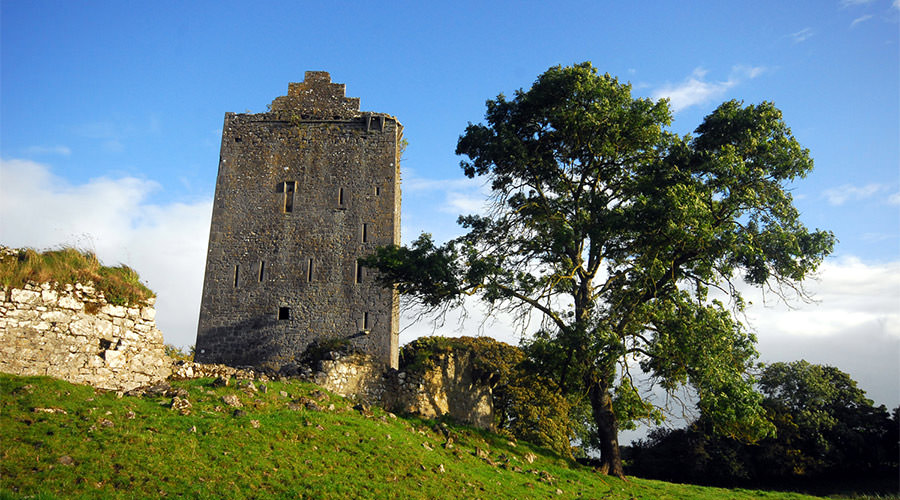 This Castle was built in the 12th Century and rebuilt in the 16th Century by John O’Kennedy. In the process of rebuilding the Stowe Missal, a 9th Century Mass Book, was found. The Castle stands in a bawn and is surrounded by the remains of a high wall, now part of a farmyard. To the east of the Castle is a fine example of a Cromwellian farmhouse. The Castle is situated three miles east of Lorrha village and is still in remarkably good condition and well worth a visit.