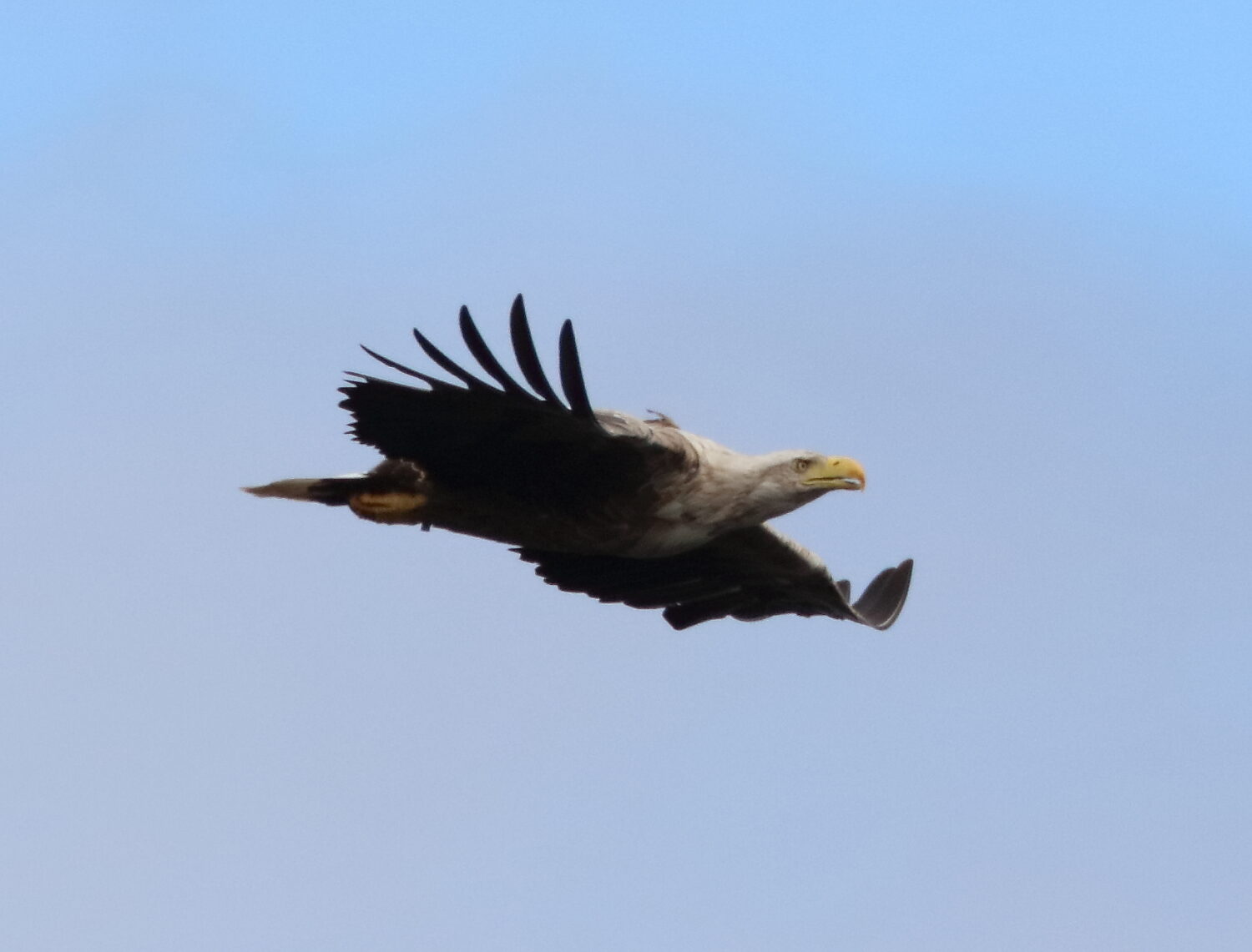 White-tailed sea eagles make a home on the lake

White-tailed sea eagles make a home on the lake

The delighted and proud parents of the latest white-tailed sea-eagles have recently hatched and fledged in Lough Derg, Tipperary.

After an absence of more than 100 years, white-tailed sea-eagles were reintroduced to Ireland in 2013. Now, the new arrivals are creating their own Irish-born generation. Around 26 chicks have fledged from their nests in the past seven years, as well as two new juveniles who are taking flight on Lough Derg, County Tipperary. These are the first chicks who have been born to an Irish bred white-tailed eagle.

It is a tense yearly waiting game to see if the adults survived the winter and if eggs are laid and incubated. The most apprehensive interim is the hatching and first few days of each chick’s life. The first three to four weeks of the fledgelings lives are the most vulnerable. This is when many die due to inexperienced parents, bad weather, a lack of food or human disturbance. After 10 weeks chicks are ready to take their first steps — or rather, flights — as they clumsily practice taking off from the ground under the power of their massive 2.2m wingspan.

Ireland’s new influx of eagles has lead to the country becoming populated with these magnificent birds with almost a dozen nesting pairs in counties Tipperary, Cork, Kerry and Galway. Adding to that number are four additional white-tailed sea eagles from Norway who were recently released on Lough Derg.

On your next visit to the shores of Lough Derg, make sure to look up and you may just see these spectacular birds back in our skies after an absence of 100 years.